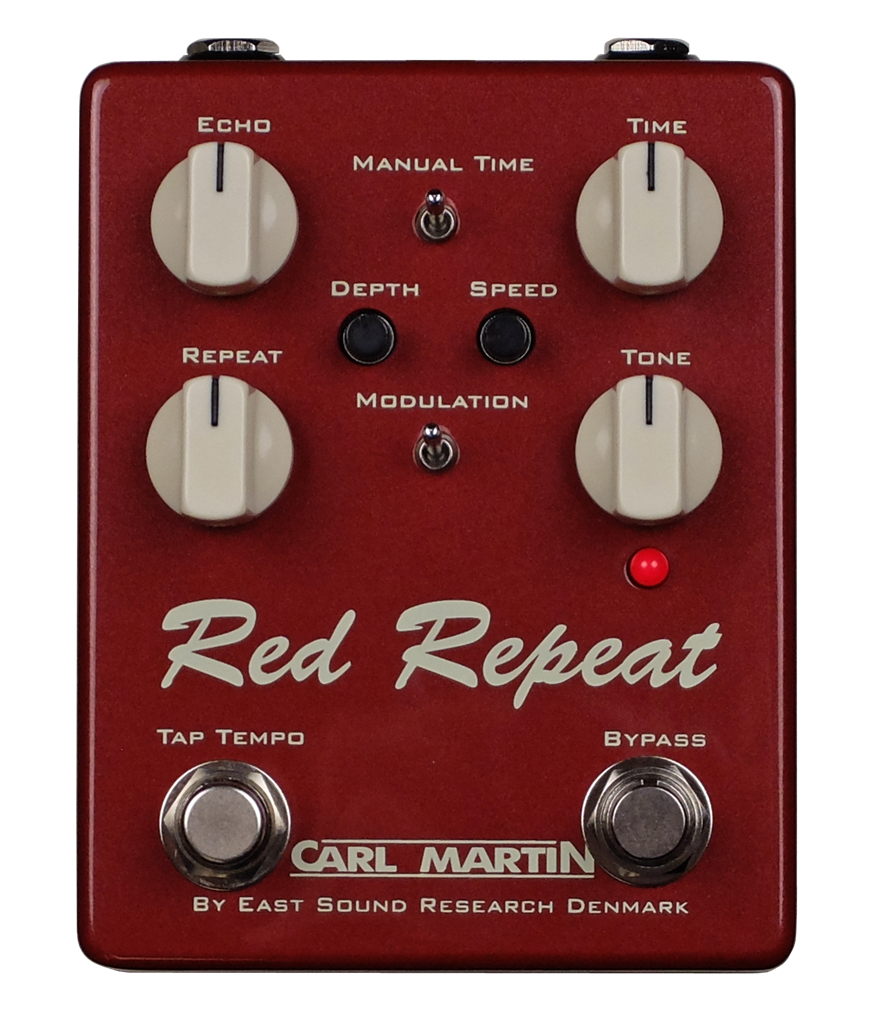 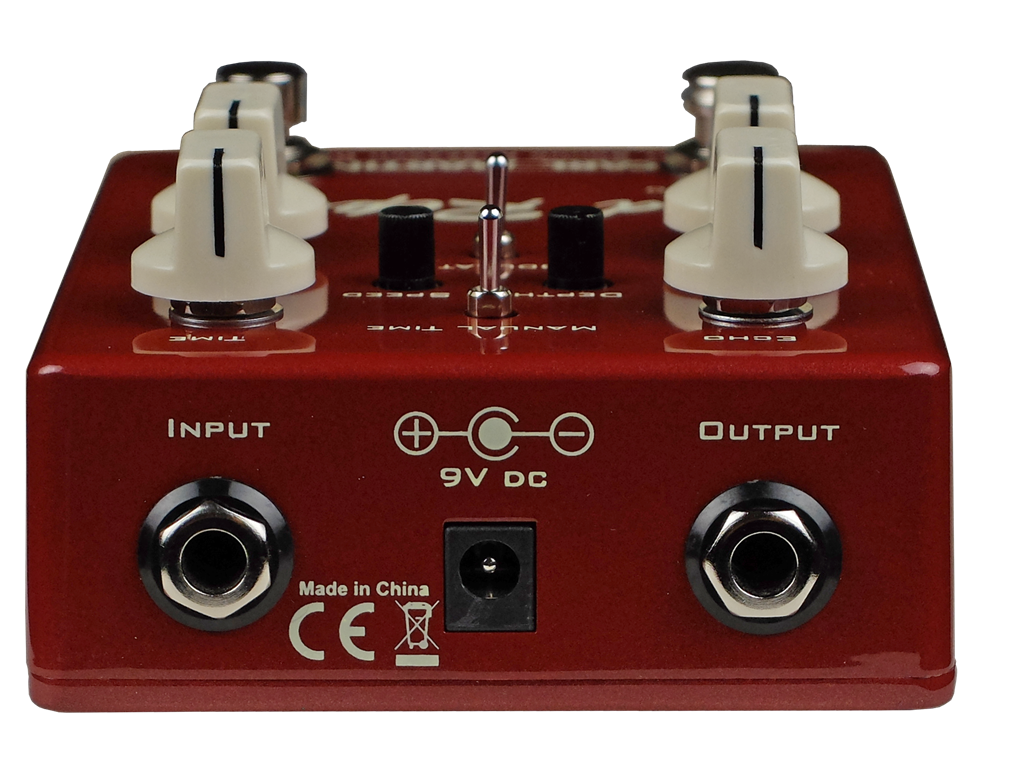 The Red Repeat takes this old technology and brings it up to modern standards. The Echo control basically determines the amount of this effect, from barely noticeable, to sounding like two guitars playing at once (slap-back). The Tone control changes the presence (EQ) of the echoed signal, leaving your original signal EQ the way you set it up. The Time control adjusts the space between your original signal and the echoed signal from 0 to 600 milliseconds, and finally, the Repeat control determines how many echoes there are from each signal.

So again for guitar-players who need it super-simple….the Echo and Time controls tell you how much echo and how much space between echoes….and the Tone and Repeat controls determine the actual presence of the echo and how many echoes there are.

The Red Repeat can be used to fatten up your sound, as an alternative to reverb, to give a very percussive flavor to your playing, all the way to the longest delays which you can play over top of, like a short loop. This type of effect has been used since the 50’s, and has helped shape the signature sounds of Les Paul, Chet Atkins, Gene Vincent, Brian Setzer, David Gilmour and countless others, and once you understand the effect, is usually pretty easy to spot in recordings. Remember, Delays can come before or after your distortion pedals, but usually after amplitude (volume) effects.

For the new improved Red Repeat Edition, Carl has added a couple features that various players have asked about. To begin with, we have added a Tap Tempo function. For those familiar with delay pedals, the Tap Tempo allows the player to tap in the tempo he choses to use with his playing. Simply flip the switch that says Manual Time toward the name Red Repeat and with your toe, tap the footswitch marked Tap Tempo to the beat of the song. This allows your echoes to be spaced precisely with the tempo of the song, faster or slower, depending on your style. When The Manual Time switch is flipped away from the Red Repeat decal, the pedal goes back to setting the space between echoes with the Time knob.

The second special feature is the Modulation switch. By engaging this switch, and adjusting the black mini-pots marked Depth and Speed….you can modulate the echoes of your notes so that they mimick the ‘wow and flutter’ of a vintage tape echo! This subtle effect can bring a whole new dimension to your solo’s, especially if you want them to sound ‘old’.