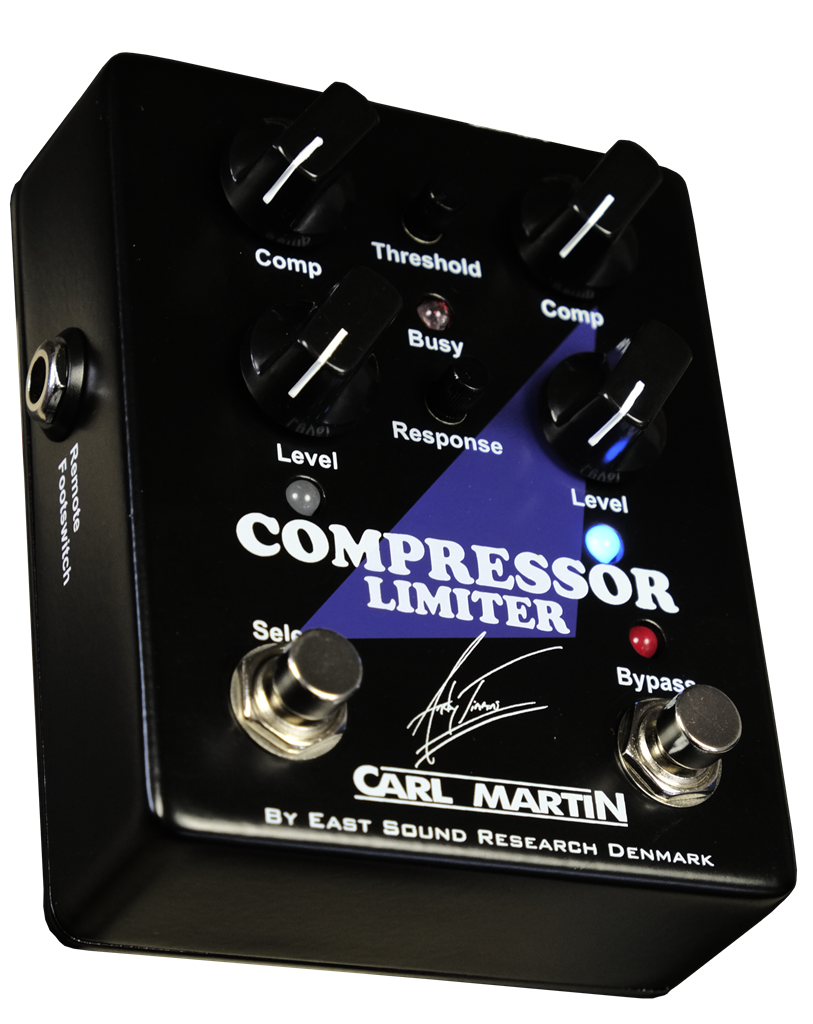 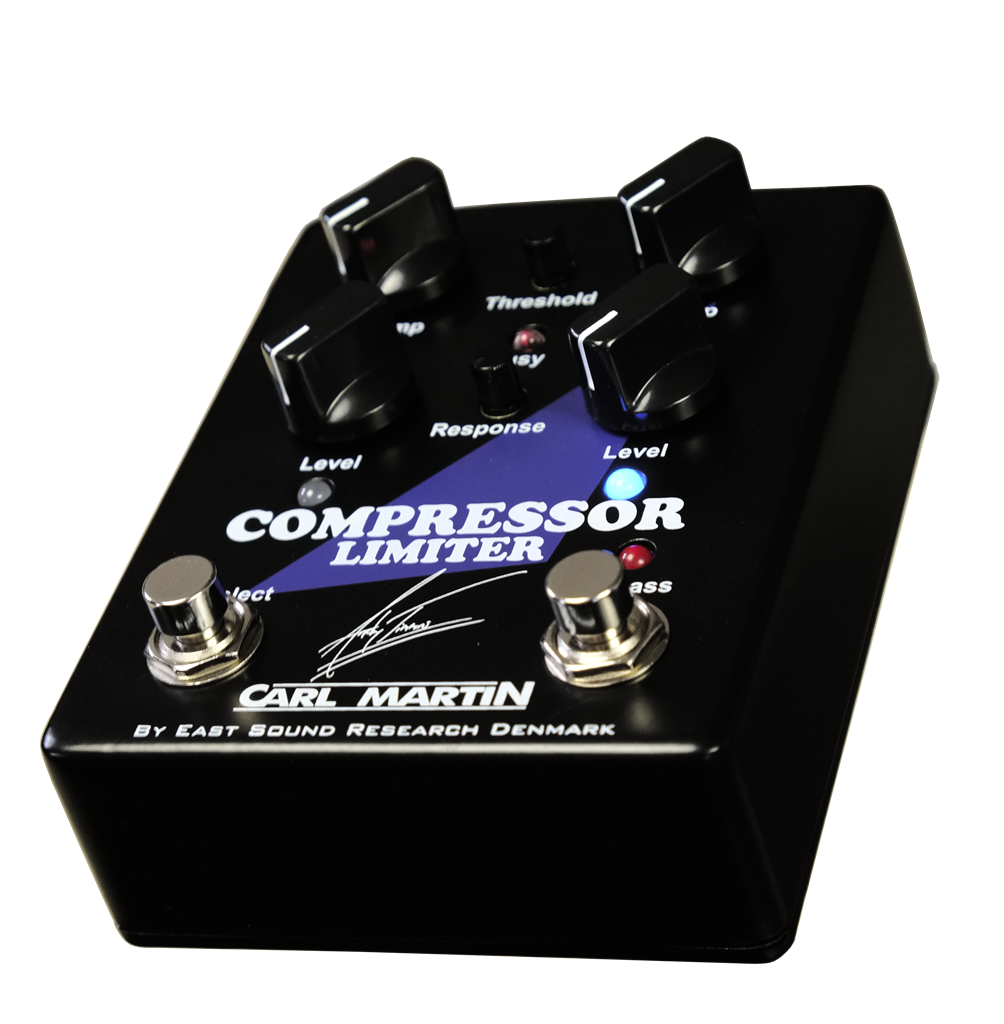 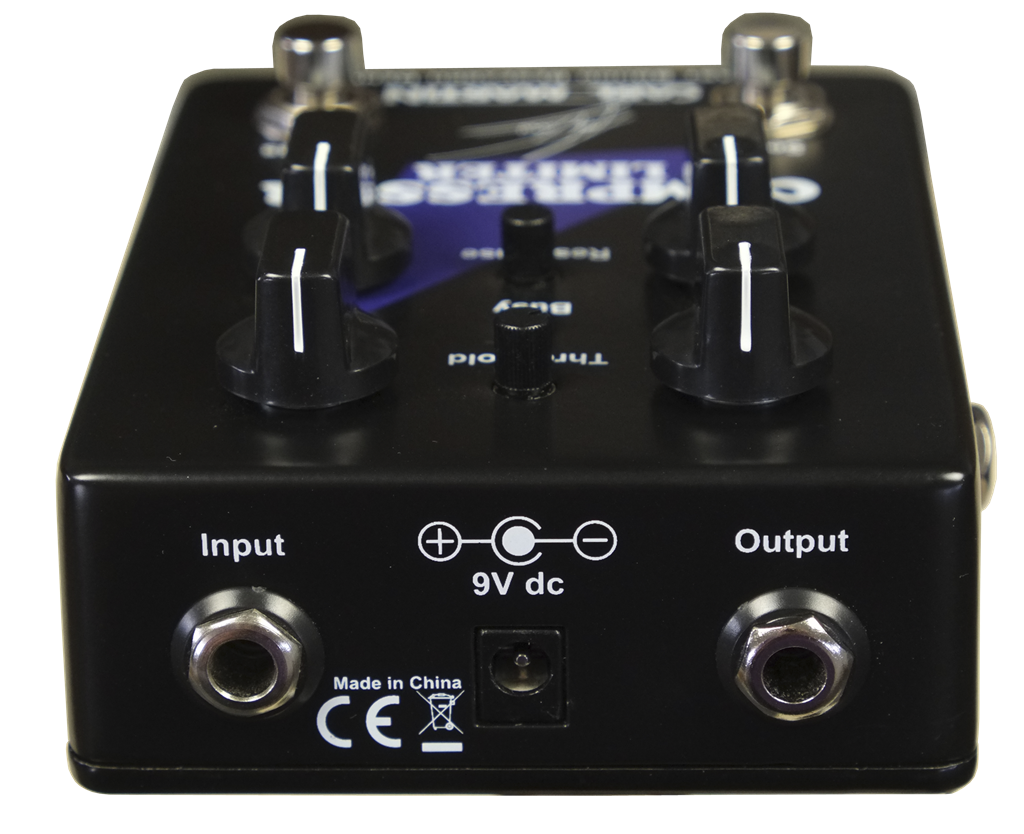 Andy Timmons, long-time user and fan of the Carl Martin Compressor/Limiter, suggested to Carl to create a Compressor/Limiter with two presets, so that he had a preset for more subtle rhythm parts, and a preset with more hard compression and sustain for other parts as solos without having to take up real-estate on the board for two Compressor/Limiters.

As a useful extra feature we incorporated a ¼” jack for remote switching the presets (Latching).

As something new, the Carl Martin Andy Timmons Signature Compressor/Limiter incorporates the newly developed DC/DC converter circuitry. This enables us to run the pedal with +-12V internally, which is necessary in order to maintain the same sonic quality and headroom as on the “old” Compressor/Limiter using a regular 9V DC 200mA power supply.

The Carl Martin Andy Timmons Signature Compressor/Limiter has been developed to incorporate the same features, sonic clarity, quietness, and performance of the best studio compressor/limiters. Spend a little time with us here in the manual and you can learn some of the basics of compression and limiting, and how to get the most out of your pedal.