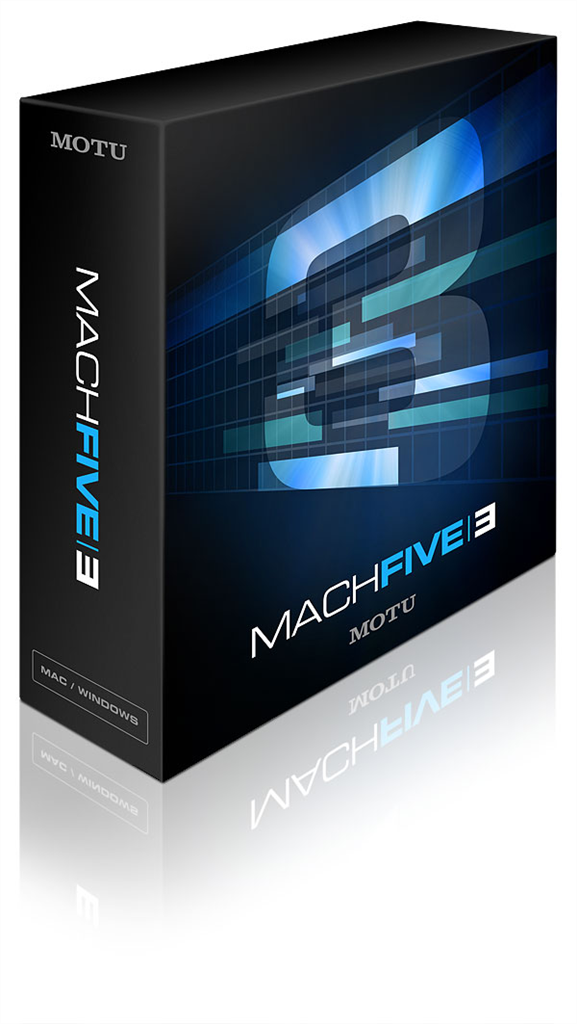 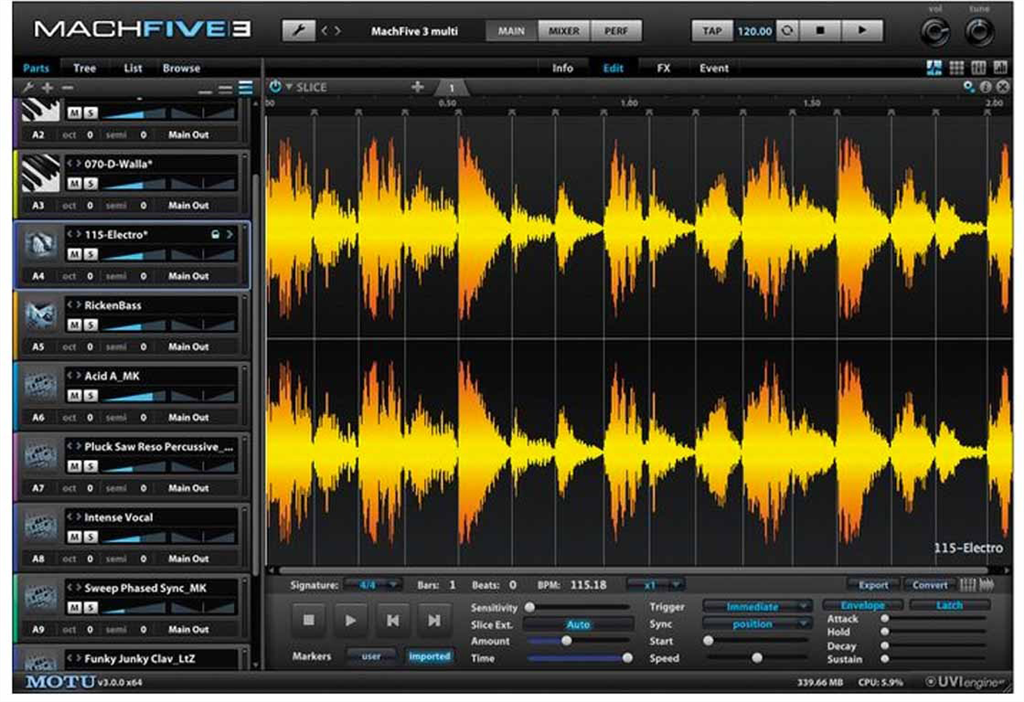 Designed to inspire. Engineered to astound.
Within minutes after you begin using MachFive 3, you'll appreciate the years of user interface design and engineering that have gone into this 3rd-generation release. From the configurable part list to the full-screen envelope editor, MachFive 3 has been designed to spur your creative muse while delivering state-of-the-art virtual instrument technology in a streamlined, efficient environment. After all, music, sound design, and audio production are creative endeavors that deserve a worthy partner in creativity.

Instead of guitar presets, you get a guitar player…
Compared to a typical software instrument, MachFive's scripted virtual instruments are like the difference between a simple guitar preset and a real guitar player. MachFive's sophisticated instruments are truly technological marvels: they model not only the sounds of an instrument, in minute detail, but also the playing characteristics. For example, MachFive's included Telematic electric guitar instrument models strumming and picking techniques, which you can dial up as desired. Imagine strumming chords with proper fingerings, up/down-strokes, and other utterly authentic playing techniques. It's like having a real guitar player in your studio, who never spills beer or leaves practice early.

45 GB of included instruments, loops and phrases
MachFive's signature scripted instruments give you incredibly realistic core instruments that are basic necessities for any studio: drums, bass, guitar, piano, and percussion. But that's just the beginning. MachFive also includes thousands of loops and phrases. From break-beats to mixed choirs, there's an entire universe to explore. MachFive Biosphere™ further broadens your sonic vistas with fresh, rich synth textures that are out of this world. And for the truly adventurous, the Xtreme FX bonus library from UltimateSoundBank gives you 5,000 creative sound effects, foley effects, and ambient textures suitable for both music production and sound design.

Twelve forms of synthesis that span music history
From modular analog pioneered in the 1950's to milestone breakthroughs like FM and wavetable synthesis in the decades that followed, MachFive 3 delivers twelve synth engines that make it a powerful multi-synthesizer in its own right. When combined with MachFive's multi-sample instrument capabilities and extensive effects, the possibilities for hybrid synthesis and sound design are limitless.